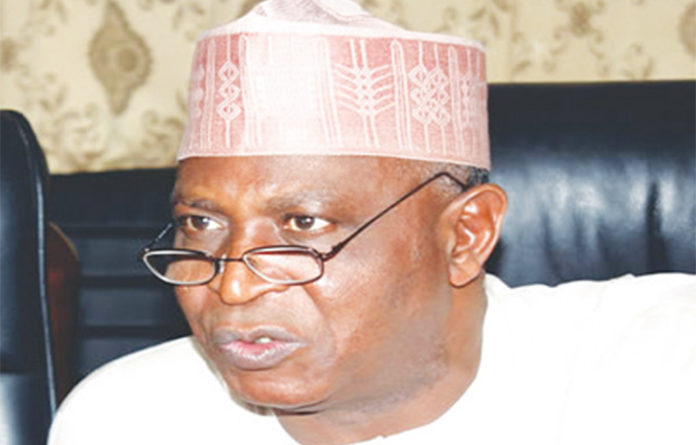 Alhaji Abubakar Kawu Baraje, a former acting National Chairman of the Peoples Democratic Party (PDP), in this interview with journalists, speaks on latest development in the polity especially on the insecurity challenges, Amotekun and other sundry issues. TEMIDAYO AKINSUYI brings the excerpts:

There is this call for rejigging of Nigerias security apparatus from the top, whats your position on this?

As a matter of fact, that is one of the reasons why I thanked Nigerians for their resilience and that is why I am calling on the youth and the general public to demand for good governance because we have never had it so bad. Our brother countries in West Africa like Sudan, Niger that have been in wars, did not have their security as threatening as high as we have now in Nigeria before they went into war. Yet we are taking advantage of the fact that Nigerians are so resilient. But we must be warned, there is always a limit to the elasticity of any pressure.

Those of us who can remember, those of us who are following events, we knew that there were serious enabling laws that were enacted by the eighth National Assembly which the executive refused to assent to. The panacea, the eighth National Assembly recommended then which was put in abeyance is what we are now dusting up. I mean that is one step forward and ten steps backwards. My take on this is that the security apparatus of this country has failed us. It has collapsed and the centre can no longer hold. There is no control whatsoever any longer. We need to sit down and dialogue. I am now beginning to change my mind that it is high time that we begin to decentralize authorities, begin to decentralize institutions. Over and above all, it is high time that we Nigerians need to sit down and reason and make the right choice before we put our fingers on the ballot papers to vote whoever we want into power.

What is your position on Amotekun security outfit recently launched by the South West governors?

Amotekun and similar security outfits are complementary to governments security agencies and should be allowed to flourish. I hasten to appreciate the Inspector General of Police for his position on this out-fit. I have been listening to and observing comments of well-meaning Nigerians as well as reactions from the representatives of the federal government. The Nigerian police is saddled with the purview of providing public security. I have never heard the Inspector General of Police condemning Amotekun. That is an educated, honest and dedicated police officer. Government should sit down with the organisers of Amotekun and dialogue with the Governors from the affected states, instead of coming out to condemn them. The issue of Amotekun and the likes have been existing in other regions of the country anyway. I am not a Nigerian that would be partial because I belong to one section of the country, what is good for the goose is good for the gander. So, if other parts of the nation have been operating such outfit successfully, why not in the Southwest?. In Kwara State, for example, we have vigilantes. Many individuals, groups and organisations resolved to hiring services of vigilante security outfits on many occasions and in communities in the state. They have been successfully and peacefully complementing police efforts in the state. Why havent the government blacklisted vigilantes? We have been hearing the activities of the Joint Task Force (JTF) in the troubled North Eastern part of Nigeria. Why didnt government say it is illegal? As far as I am concerned, Amotekun is a welcome idea and an idea coming from leaders that have the interest of their people at heart. I think the government at the centre should sit down and dialogue with them and resolve the grey areas and let Amotekun function to complement the police effort.

2023 is around the corner and politicians have started overheating the polity. What is your position on 2023 and fortunes of the PDP?

For 2023, PDP is ready and is preparing and we thank its supporters and even non- supporters because, this is the time to be realistic and our minds should be alive and alike to move Nigeria forward. We have tasted the so-called change, we have tasted the so called next level. We have seen change in inverted coma. It is now left for Nigerians to choose. The PDP has its own black- spots like any other outfit but I think we now know the better party. We now know the party that is able to fight insecurity, that was able to ensure the economic viability of the country, we now know the party that is best for Nigerians to go back to. That party of course is the PDP. It is now time to vote PDP again at the centre.

Does PDP need to change its name?

Well, as far as I m concerned, there are many things attached to a name and there are many things that a name can do and may not be able do. Yes, it is not the name that matters but the characteristic and behaviour of the bearer of such name; same with political parties. The members and performances of the party members of a party send the wrong or right signals. This results in the perception of the people about the party. It is just like the saying that one may change the name of leopard but cannot change its colour, leopard is leopard. But for me, the PDP stands for progress, PDP stands for the people just like the mantra says, power belongs to the people. The PDP is more interested in ensuring that the wealth of the country goes round the nook and crannies and not concentrated in the hands of the so called cabals. So for me, it is what the PDP does for the people that matters and not about the name.

How do you view the committee set up to resolve the issue of Ile Arugbo?

Well, with regards to the setting up of the committee, it is a good idea. People have their own tradition and culture and the Ilorin emirate is not an exception. Ilorin emirate is known for its peaceful coexistence among families and individuals. My view about the committee is that we are putting our house in order and that the leaders who thought of it are carrying out one of our passionate values in Ilorin community, i.e. peaceful coexistence. That is what we are known for. Anybody who is condemning this is only telling a story about himself or herself. Anybody that is standing against this is standing at a distance and throwing stones at his fathers house. Yes, the matter is in court. But the court itself recognises the importance of peace and thus directed a settlement out of court. Settlement out of court is not strange to law. So support the setting up of the committee and advise that it should not be ad-hoc in nature but a permanent and functional committee.